We first spotted the courting Great Blue Herons at their rookery in the Abbott Marshlands on February 21st.  Our vantage point was about a quarter mile from the heronry, far enough away that there was no chance we would disturb them.  The birds and their nests were clearly visible in the treetops above the marshes that separated us.

The graceful birds showed a variety of courtship behavior, rubbing their bills over their mates, crossing necks, and engaging in lip-locks (I mean bill-locks!) with their partners. 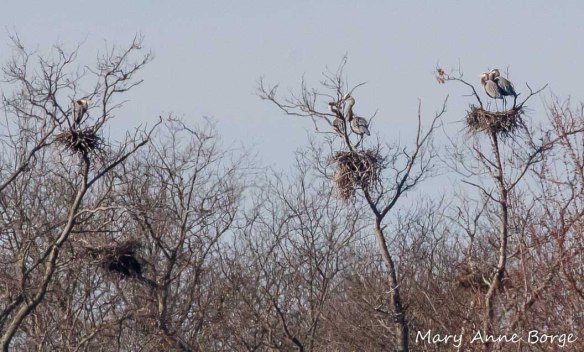 Great Blue Herons can be found throughout the year in New Jersey (home of the Abbott Marshlands) although many birds are thought to be migratory, with a small number of year round residents. This means that many of the birds seen here in winter are probably not the same birds who nest here in summer, but rather migrants from further north.

We’re accustomed to seeing Great Blue Herons during the winter months at the marsh.  But courtship behavior in February in New Jersey seems pretty unusual.  Our summer residents shouldn’t be back yet, according to local birding literature.  ‘A Guide to Bird Behavior’, copyright 1989 by Donald and Lillian Stokes, indicates that courting should be expected to begin the last week or so of March in this area.  More current references also refer to late March as the time migrants should be expected to return.

Is this year’s early courting just an anomaly, a result of the warm winter? Or is this the beginning of a new behavior pattern?  We’ll have to watch and see.

Cornell Lab of Ornithology All About Birds

Like every other birder in North America, we decided that this winter was the best chance we would ever have to see a Snowy Owl.  So we went to Forsythe National Wildlife Refuge at the Jersey shore, the location near here likely to be the most reliable for finding them.  There were a number of other birders who had the same idea, and the way we spotted the owl was to look across the marsh from where about a dozen cars were parked, their occupants outside with binoculars, scopes and cameras ready.  We joined them.  Fortunately for the bird, she was quite a distance away, probably more than a hundred yards, with water and marsh grasses between her and her admirers. She seemed to be undisturbed by the attention she was getting.

Snowy Owl in the marsh at Forsythe National Wildlife Refuge

Based on the amount of dark barring in her plumage, my best guess is that it was a first year female. (If you can correct me, please let me know!)

She spent much of her time alertly swiveling her head from side to side, often with her eyes partly or mostly closed; her hearing may have been a more important tool in monitoring  her surroundings. 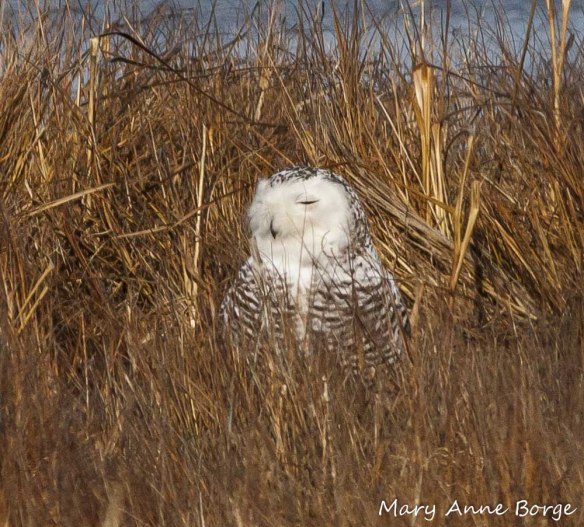 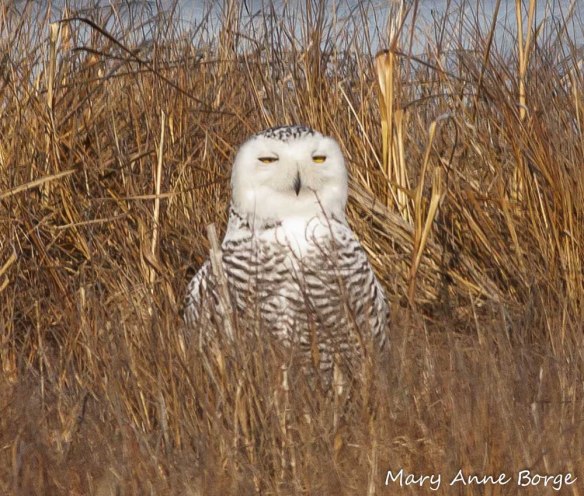 She did take time to fluff out her feathers

Snowy Owl fluffing out her feathers

and for some grooming. 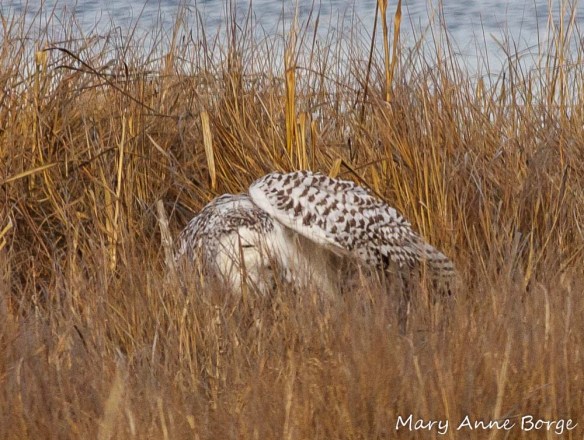 At one point she looked ready for a nap. 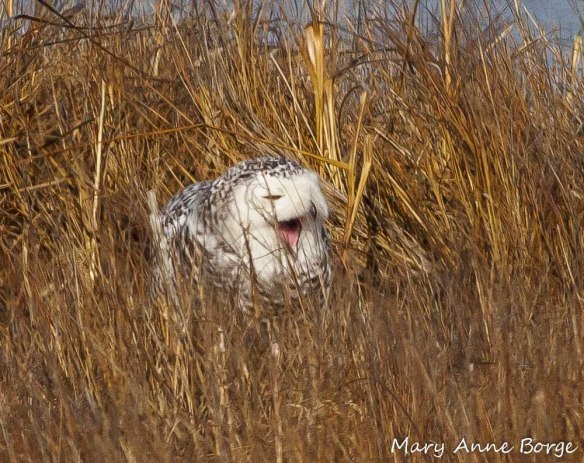 Forsythe is always a productive birding spot. On this day, Northern Harriers hunted the marshes, and flocks of Dunlins fed together in the mud flats.

Great Blue Herons hunted in the channels along side the road. 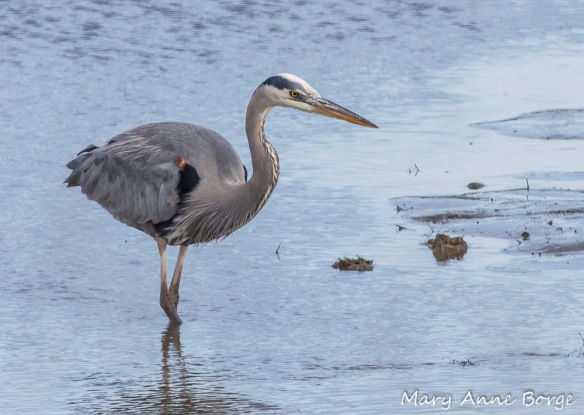 So did a few Buffleheads.

Seeing this pair of Hooded Mergansers was a treat for me.

Hundreds of Snow Geese flocked together in the ponds and marshes.

Even a dark morph Snow Goose was present.

Flocks of American Black Ducks swam in the pools, dipping their beaks just below the water surface searching for food.

Northern Pintails fed together in the shallow streams. 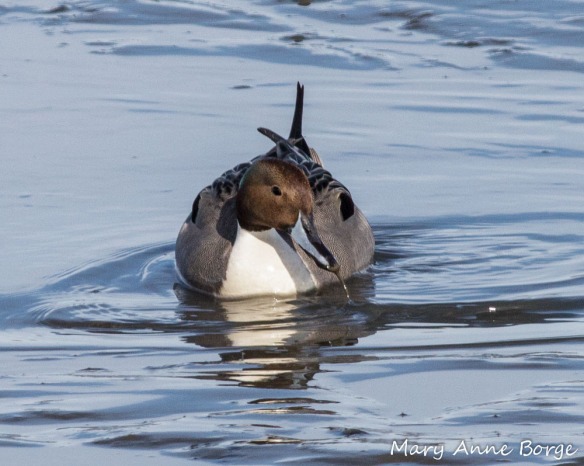 Finally it was time to leave. 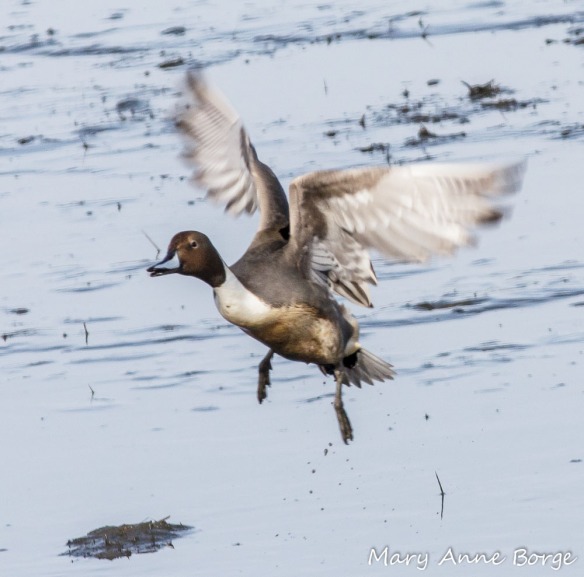 Not a bad day!