Silver-spotted Skippers are wide-ranging butterflies that are active from May through early fall. When their wings are folded or when they’re in flight, a large silvery patch on their otherwise mostly brown wings makes them easy to identify.  The butterfly is named for this marking. 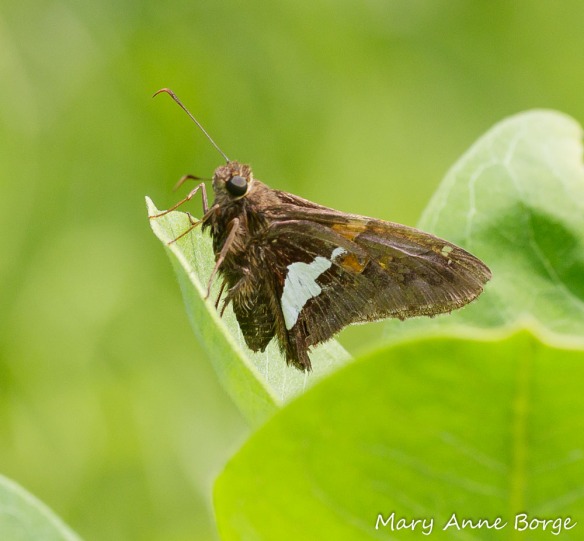 Silver-spotted Skippers open the upper (dorsal) side of their wings to the sun when they are basking, revealing markings that resemble a stained-glass window. 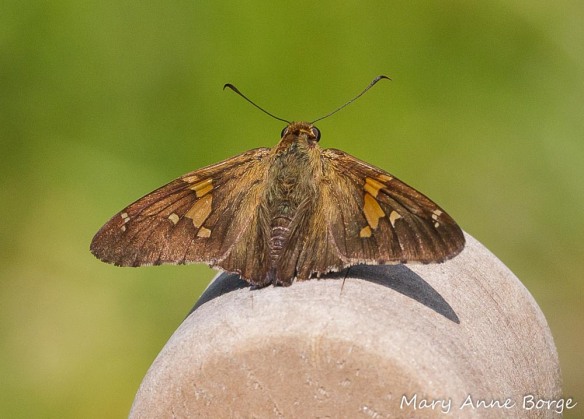 Silver-spotted Skipper, basking in the sun.

I have to wonder if the silvery wing spot is an adaptation to make this butterfly resemble bird droppings. Insects, even butterflies, can be an important source of food for birds and some predatory insects.  This disguise would likely give Silver-spotted Skippers some protection from these predators, since bird droppings don’t attract them. 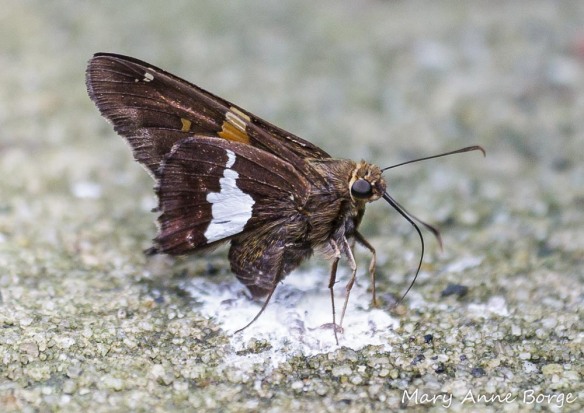 Silver-spotted Skipper, eating minerals from bird droppings. Does that silver splotch on the wings seem like a good disguise?

Silver-spotted Skippers can be seen drinking nectar from a variety of blossoms in meadows, along roadsides, marsh edges, and open woodlands, any place where they can also find the food their caterpillars require. 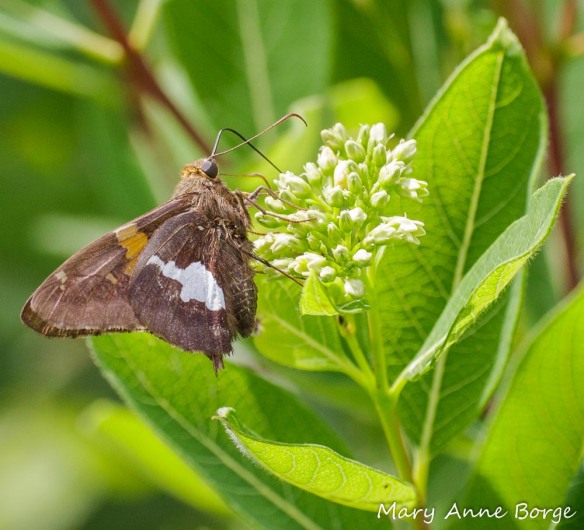 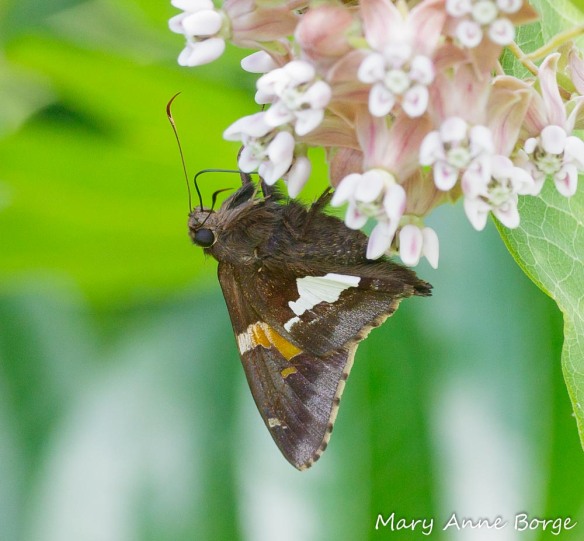 So what’s the connection to peas?  While Silver-spotted Skipper butterflies drink nectar from many different plants, it’s their caterpillars that ‘eat their peas’. Silver-spotted Skipper caterpillars specialize on certain members of the Pea (Fabaceae) family, including Black Locust (Robinia pseudoacacia) trees, and several herbaceous (not woody) plants  called Tick-trefoils (Desmodium species).  The caterpillars typically munch on the foliage, flowers or buds of these plants, but they do it in such a discreet way that you would only notice if you were looking for it.

The Tick-trefoils all have three-parted leaves, and a tall-stemmed flower cluster. The pollinated flowers produce a chain of fruits that break apart when they’re ripe.  Fruits disperse as hitchhikers on passing animals, including humans.  I’ve often warn them home after a walk in the woods. This dispersal habit is the reason for the ‘tick’ part of the common name of these plants, since the fruits cling to an animal’s fur or clothing like a tick might. 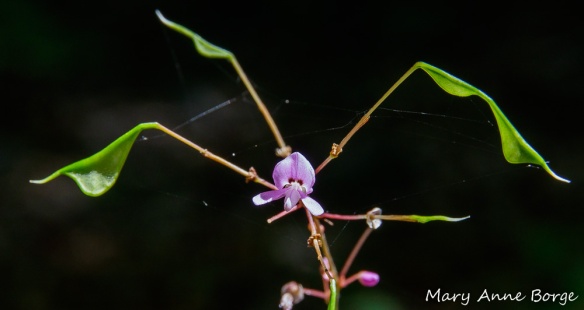 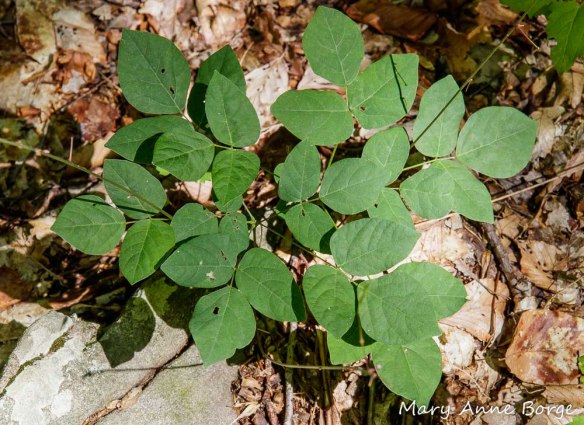 Some of the food plants on which the Silver-spotted Skipper caterpillars depend are especially garden-worthy. Blue False Indigo (Baptisia australis), also called Blue Wild Indigo, and other plants of this genus are potential food plants for Silver-spotted Skipper caterpillars.  Its vivid purplish-blue flowers are primarily pollinated by Bumble Bees, but they are visited by other insects as well.  Blue False Indigo can grow to a maximum height of about 4 to 5 feet (1.25 to 1.5 meters), likes full sun to part shade, and can tolerate dry and clay soils. 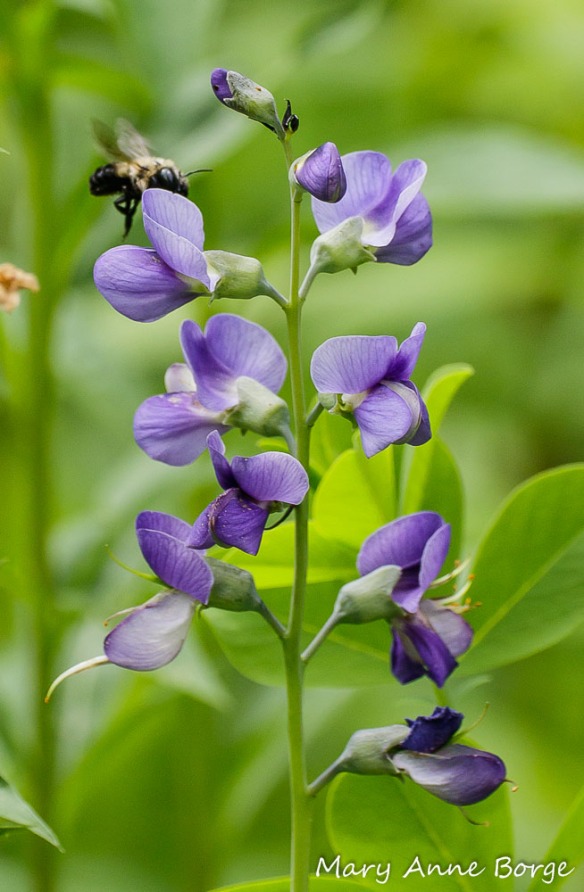 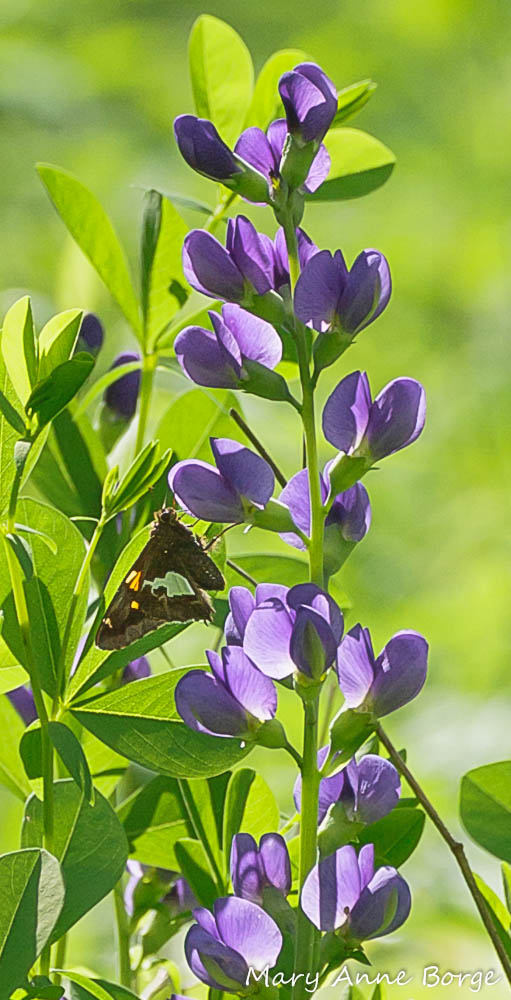 American Wisteria (Wisteria frutescens) is another favorite of Silver-spotted Skippers.  It is a deciduous vine with long hanging clusters of violet flowers in early summer, great for use on an arbor or fence.  If its flowers are pollinated, they are replaced by long pea pods later in the season. 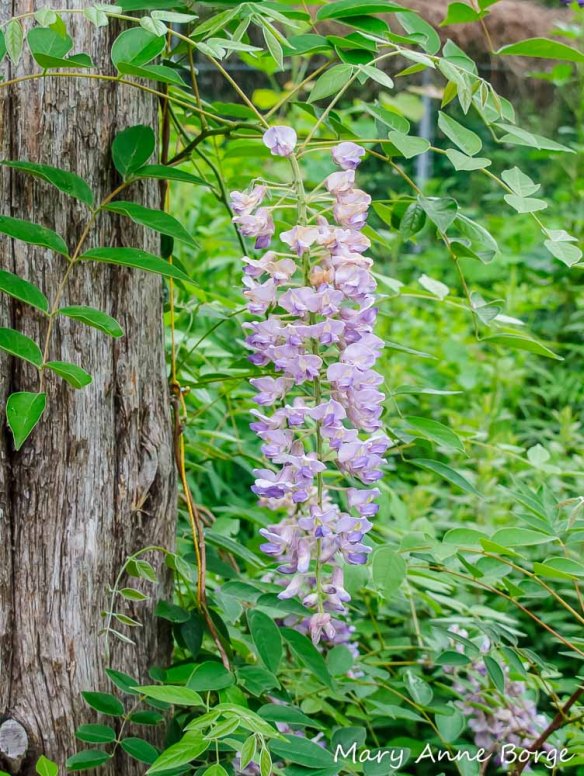 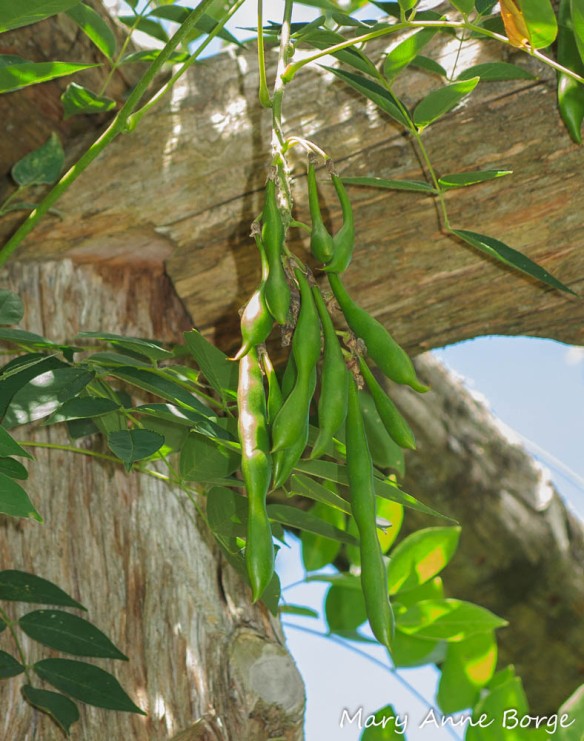 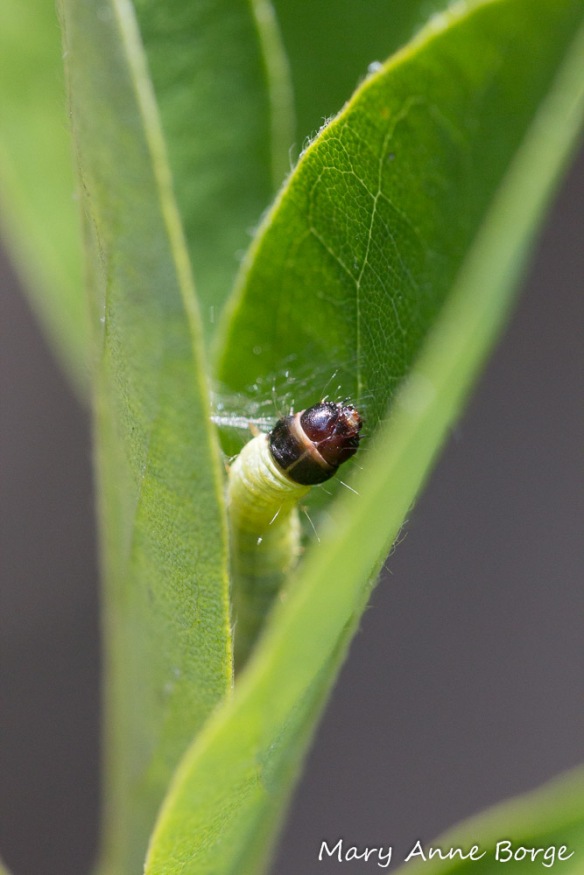 Silver-spotted Skippers are not alone in their dependence on Pea family members. Gray Hairstreaks and Eastern-tailed Blues are among the other butterflies whose caterpillars ‘eat their peas’, using some of these same plants. 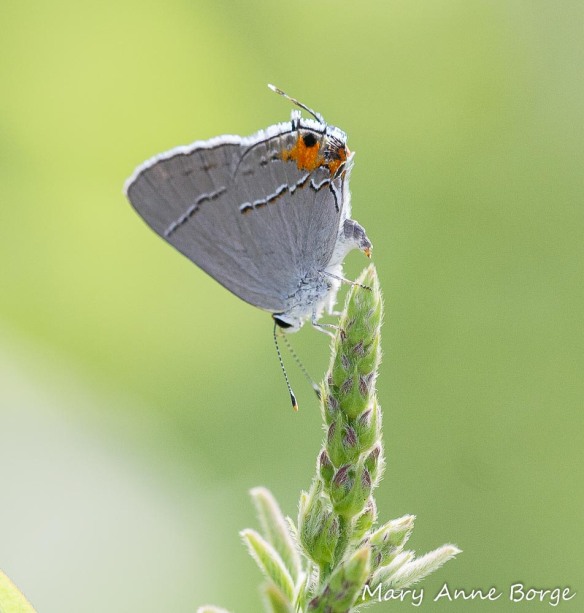 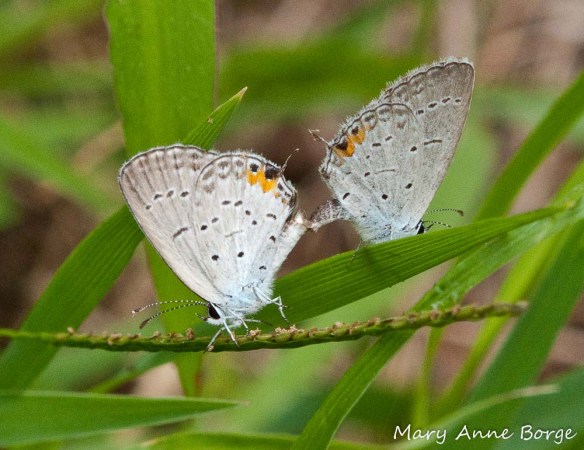 Glassberg, Jeffrey. Butterflies through Binoculars A Field Guide to Butterflies in the Boston-New York-Washington Region.  1993. 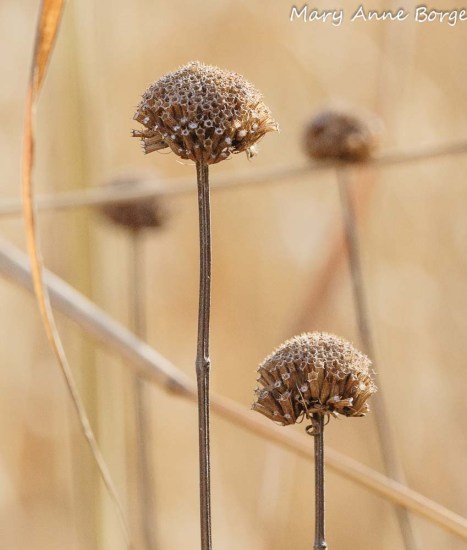 Thinking about ‘cleaning up’ your garden for the winter?  You might want to reconsider.  You may be disturbing the winter homes of many of the creatures you enjoy seeing during the warmer months.

For example, butterflies may be present in our yards and gardens in some life cycle stage year-round.  Except for species that migrate or live in more hospitable climates, butterflies will need to find a safe haven to survive the cold winter months in northern locations.   Fortunately, providing winter butterfly habitat may be less work than you think. 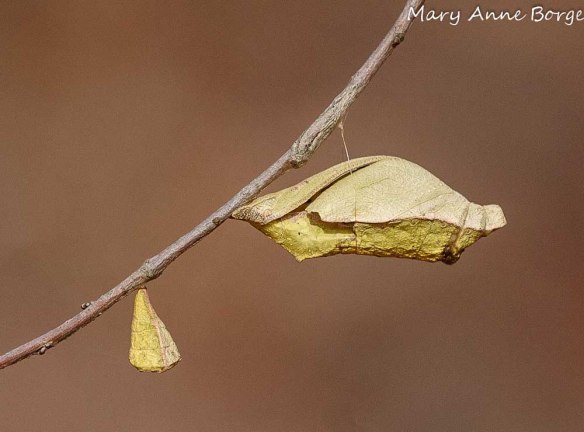 Leaving leaf litter is one of the most beneficial things you can do, for both the plants in your garden and the critters that live there.  Great Spangled Fritillaries and Baltimores are among the many butterfly species that spend the winter in or under this free, natural insulation and rich fertilizer.  A mulch that’s automatically replenished by nature every year, leaf litter helps to minimize the need for watering your garden, while protecting soil from erosion, and controlling weeds.  As the leaves gradually break down, they replenish the soil with essential nutrients plants need to survive and flourish.  Leaf litter is the best, most cost effective mulch you can use for your plants, and provides important habitat for insects and birds. 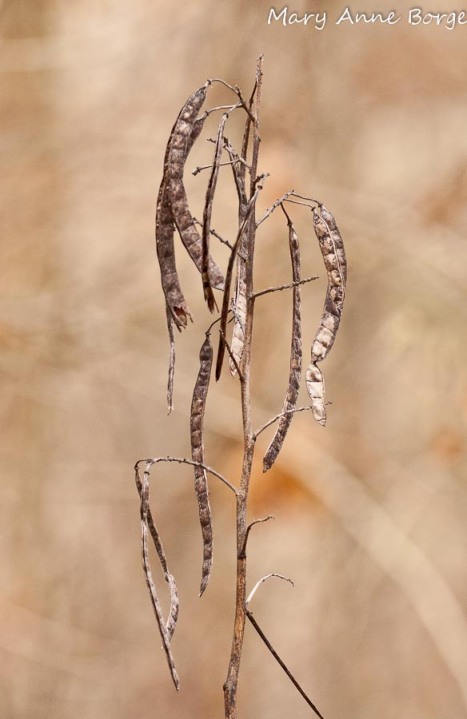 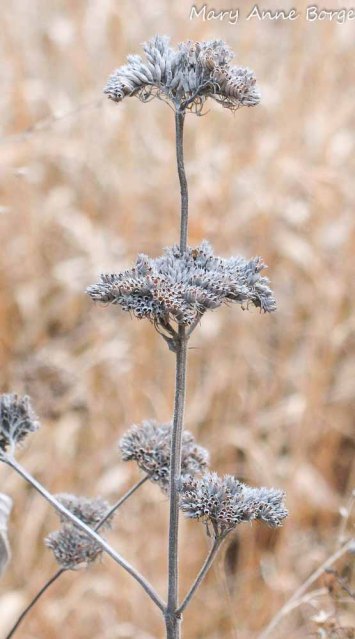 Many perennials and grasses have lovely forms in winter, while providing food and shelter for insects, birds and other critters, so it’s best to leave them standing as much as possible.  Pictured here are just a few of the many plants that provide visual interest in winter.  Butterflies that use some of these as food plants will often spend the winter in leaf litter below them, or on the plant itself.  Some skipper caterpillars may make a winter shelter in grass leaves, while overwintering Eastern-tailed Blue caterpillars may take refuge in a seed pod. 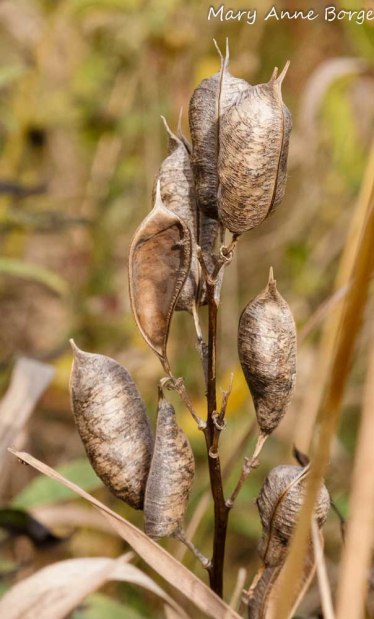 For those lucky enough to have a meadow, maintenance recommendations include mowing to a height of 12-16 inches in late winter, but it’s best not to mow more than a third of a site in a given year.  Although some overwintering butterflies and other beneficial insects will be lost as a result of mowing, the height helps to minimize harm to those whose shelters are at ground level or just above.  The timing offers winter food and cover for birds.  Mowing only a partial site enables the area to be repopulated by residents from the unaffected portions of the meadow.

Brush piles, logs, standing dead trees, tree cavities and loose bark may also provide overwintering sites, so preserve or make these available if you can.  Eastern Commas, Question Marks, and Mourning Cloaks are some of the last butterflies active in late fall, and the first to emerge in spring.  They spend the winter as adults, and are among the species that may use these winter shelters.  Butterflies that overwinter in other life cycle stages may also take refuge here. 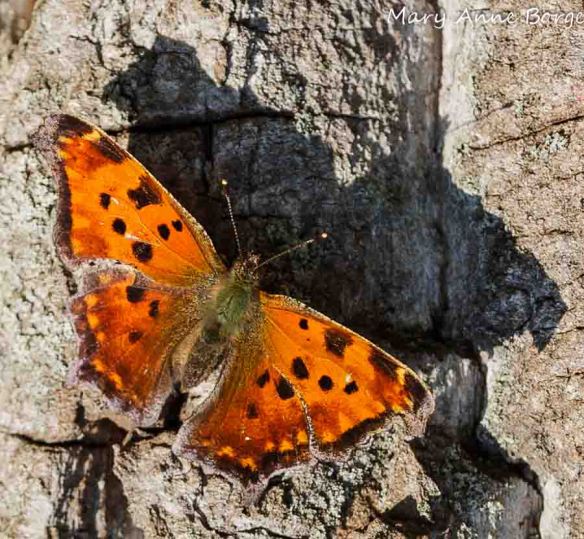 Birds may visit some of these plants for their seeds, like the Chipping Sparrow pictured here, feeding on Indian Grass.  Hungry foragers like Chickadees and Goldfinches are likely to visit the mints and coneflowers.  Birds may also find and feed on insects sheltering among these plants, including some of the overwintering butterflies.  But to make up for it, they will feed on insects that may otherwise parasitize the butterflies.  So over all, birds help keep the insect population in a healthy balance. 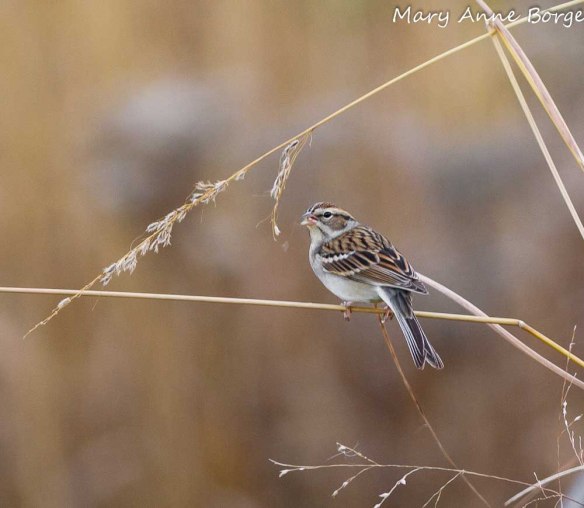 I like the look of nature in winter.  It’s fun to search for signs of critters, like a butterfly chrysalis attached to a tree or shrub branch.  A few leaves of grass tied together with silk may be a winter haven for one of the skippers.  With birds foraging for seeds, fruits or insects, that’s all I need to keep me interested.  That’s a good thing, because the more we can leave their habitat in a natural state, the more good we will do for the insects and birds we enjoy so much. 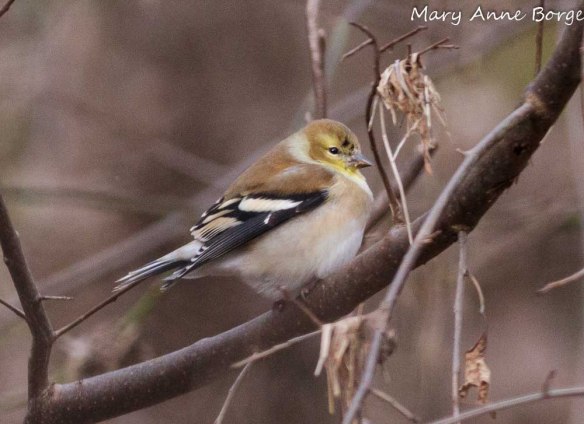