Spring unfolds more slowly in northern Vermont than it does where I live in the mid-Atlantic.  So we were able to catch some late spring action in the Stowe area recently.  The show started in the gardens at Trapp Family Lodge, where an Eastern Chipmunk foraged among the Wild Columbine (Aquilegia canadensis) and Wild Bleeding Heart (Dicentra eximia), 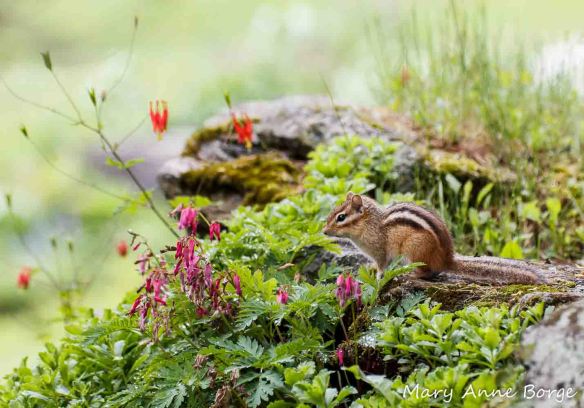 while a Groundhog family watched nearby. 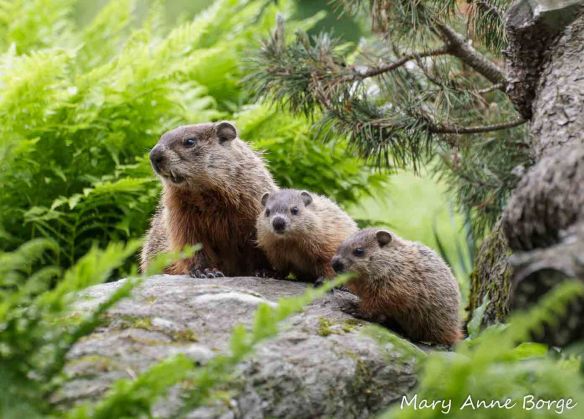 Groundhog family in the garden at Trapps

The woods at Trapps and the other natural areas we visited were lush with ferns, with a bounty of other diverse plants peaking through them.

The woods from Fox Track trail at the Trapp Family Lodge 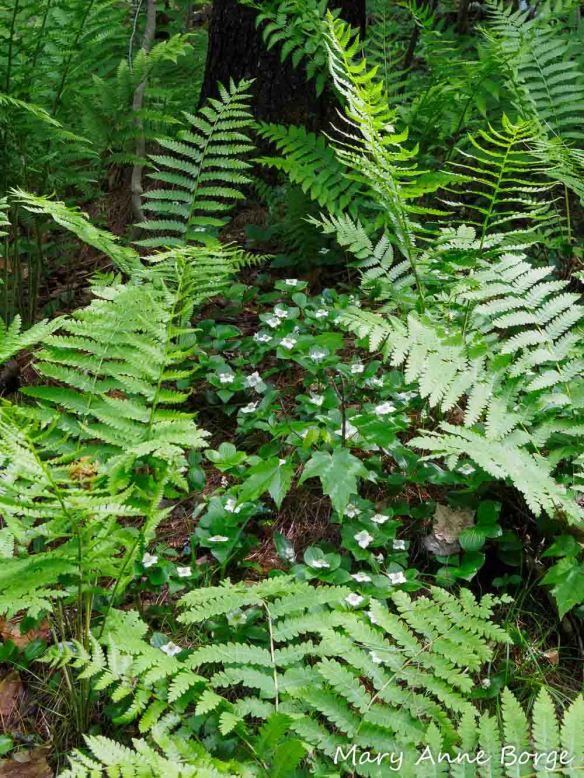 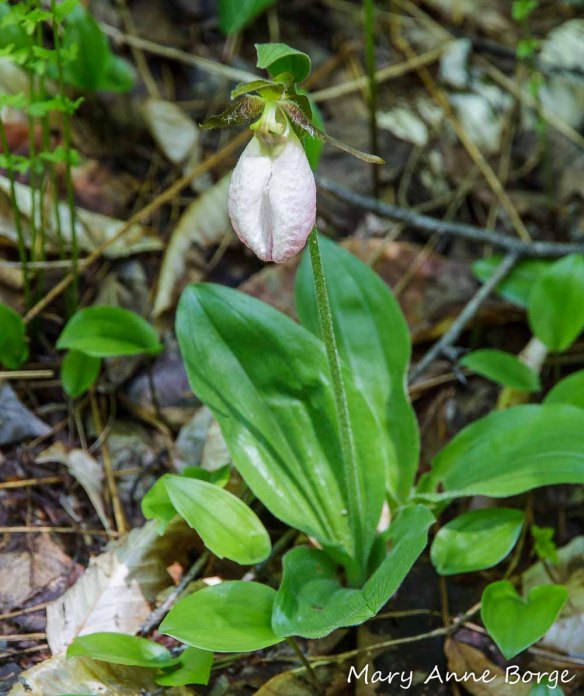 Goldthread (Coptis trifolia) had finished blooming, and was setting fruit.

while the delicate blossoms of False Solomon’s Seal (Maianthemum racemosum) lit the trails.

A White-tailed Deer was unfazed by our visit to her domain.

Foamflower (Tiarella cordifolia) was in various stages of its bloom cycle in different locations. We often found it close to water. 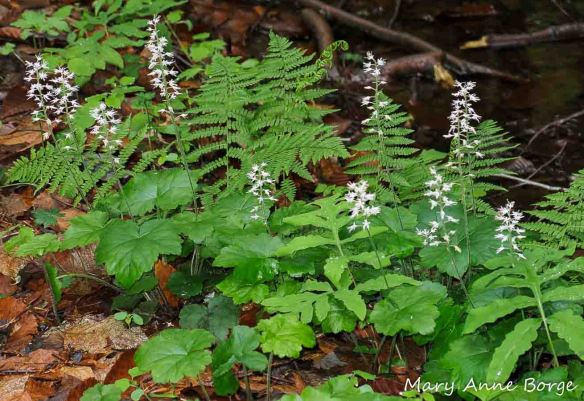 In the woods, most of the potential pollinators were flies of various species.  In the photo below, the fly on the Foamflower is harvesting pollen, a food source for some fly species. 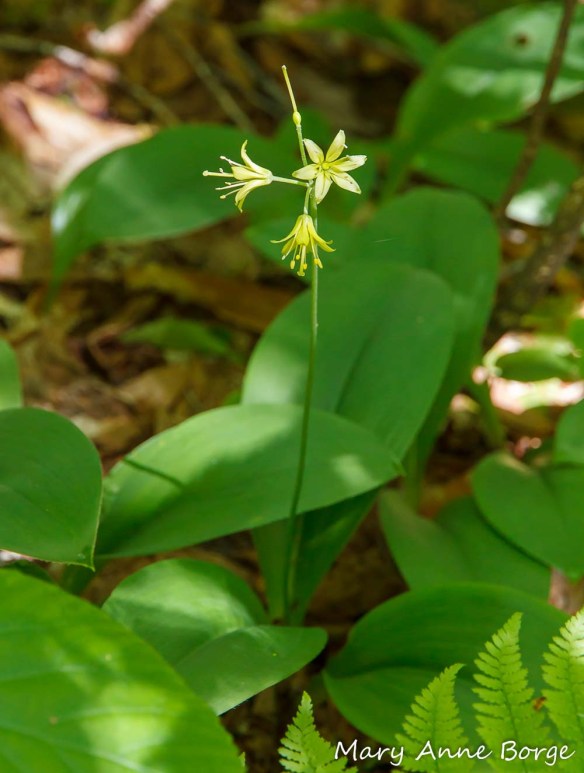 A Robber Fly, better know for its diet of other insects than for drinking nectar, visited Dwarf Ginseng (Panax trifolius) flowers.

Dwarf Ginseng was popular with another fly visitor who unknowingly gathered pollen on its hairy body for possible dispersal to other flowers. 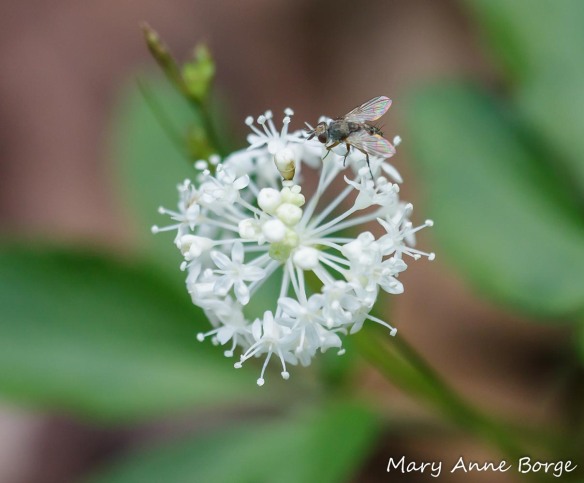 Virginia Waterleaf (Hydrophylum virginianum) bloomed a deep violet, pictured here with a flower visitor coming in for a landing. 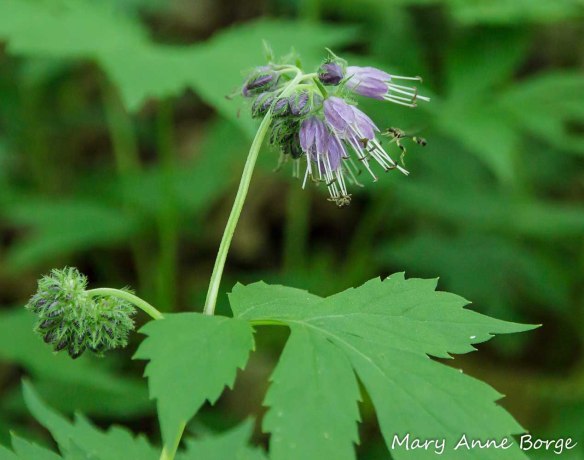 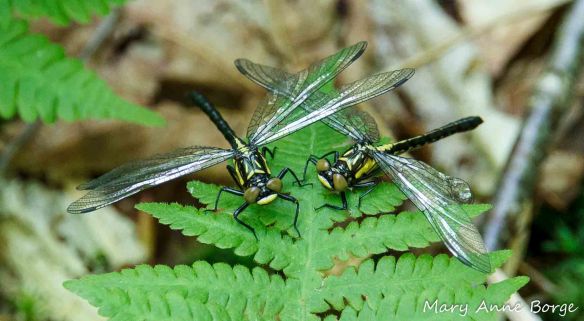 Back in the woods, two crane flies mated, doing their part to ensure that the show will continue. 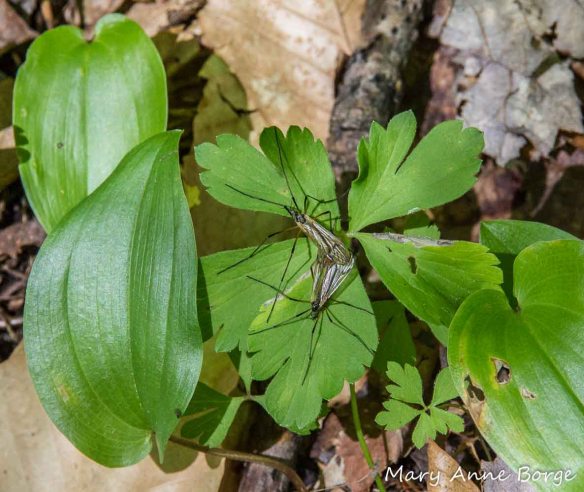