‘Getting rid of dead wood’ or ‘Cutting out the dead wood’ are phrases that are so commonly used that they have become ubiquitous when referring to a ‘reduction in force’ in the corporate world. These phrases have their origin in advice for maintaining landscaping. In a formal setting where neatness is desired, or where a dead tree or branch poses a threat to people, property or power lines (why don’t they bury those power lines, anyway?), removing dead wood is certainly a prudent thing to do.

But is ‘getting rid of dead wood’ always a good idea? Does dead wood have any function or benefit in a less formal or a natural setting?

Well, let’s think about it. On the plus side, dead wood does provide a home for many species of fungi, some of which are eaten by insects, mammals (including people!) and other critters. 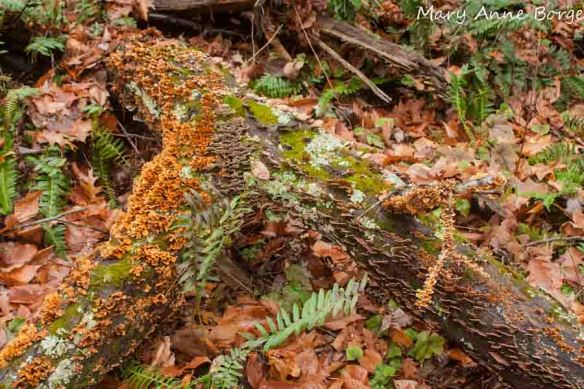 Some insects even develop inside mushrooms, like the puffballs pictured below.

At first glance these snails seem to be using the mushrooms as a sun deck, but a closer look shows that they are feeding here. 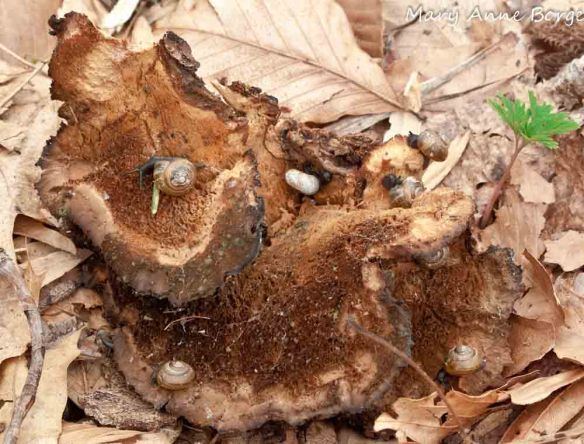 The young edges of the colorful Chicken of the Woods mushroom are edible, and taste like, well, chicken. 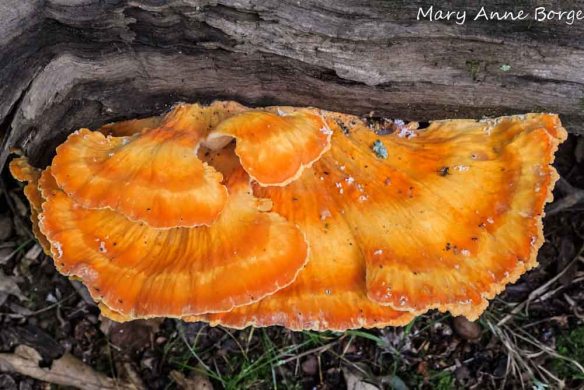 Chicken of the Woods

Many insect species, including ants, wasps, bees, beetles and even butterflies make dead wood their home for at least part of their life cycle.

Some species of solitary bees may make their nests in dead wood, like the sweat bee pictured below sipping nectar in the company of a Gray Hairstreak butterfly. This little sweat bee and other solitary bees are important pollinators, many providing free pollination services for food crops. Some of our native bees are more efficient pollinators than Honey Bees, because the native bees are a better anatomical match for the plants with which they evolved.  Providing habitat for native bees can reduce the need to pay to truck in Honey Bees, the migrant workers of the insect world.  It may also increase pollination rates and crop yield.

Most wasps are predators of other insects, helping to keep their populations in balance. Mason wasps, for example, provision their nests with caterpillars on which their larvae feed as they develop. They usually nest in borings made in dead wood by other insects like beetles or bees.

There are ant species that make their homes in rotting wood. Ants don’t cause wood to rot, and they don’t eat the wood. They excavate spaces for their nests in wood that is already soft, moist, and decaying. Ants are important seed dispersers for many plants, including violets, trilliums, Dutchman’s Breeches, Spring Beauty, and many more.

Ants and wood boring beetle larvae are favorite foods of many woodpeckers. Among them are the largest woodpeckers in North America, the Pileated Woodpecker. Have you have ever had a Pileated Woodpecker attack the siding of your home? If so, it’s because the bird has detected the presence of a delectable meal of carpenter ants there, which would only be present if you had rotting wood. So think of it as a free consultation, courtesy of nature, to let you know that you have some maintenance to do. Replace, paint or otherwise seal the wood to prevent moisture from getting in, and your problems with ants and woodpeckers will go away. They’ll go back to feeding on insects in the naturally rotting wood found in nature.

In the photo below a Pileated Woodpecker is peeking out from his nest hole. Can you tell what type of tree this is?

If you said ‘dead’, you’re correct! In addition to providing a bountiful source of insect protein, dead wood offers real estate for homes for many birds, including Downy, Hairy, and Red-bellied Woodpeckers, and Flickers. Even Chickadees excavate holes in very soft, rotting wood for their nests. Titmice, White- and Red-breasted Nuthatches, Carolina and House Wrens all nest in holes in dead or living trees, sometimes using abandoned woodpecker holes. All of these birds also forage for insect protein, a bounty of which is available in or on dead wood. 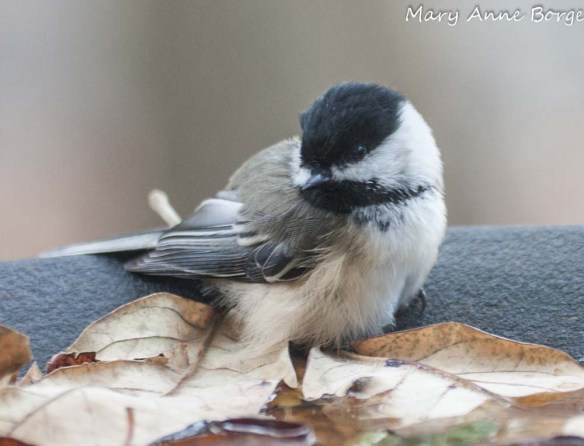 Eastern Gray Squirrels are among the small mammals that may make their homes in hollows in dead or living wood. Their diet depends heavily on tree nuts, but it also includes insects and fungi, as does that of Eastern Chipmunks.

Chipmunks often dig underground burrows, but they also use tree cavities for shelter. Larger mammals, like Red Fox or even Black Bear may use fallen or hollowed out trees as a shelter. 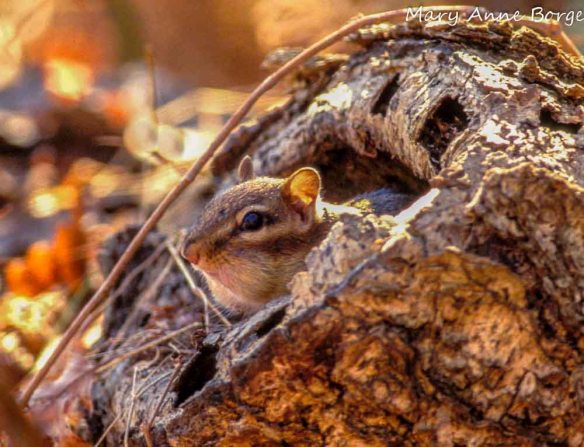 or a Red-tailed Hawk … 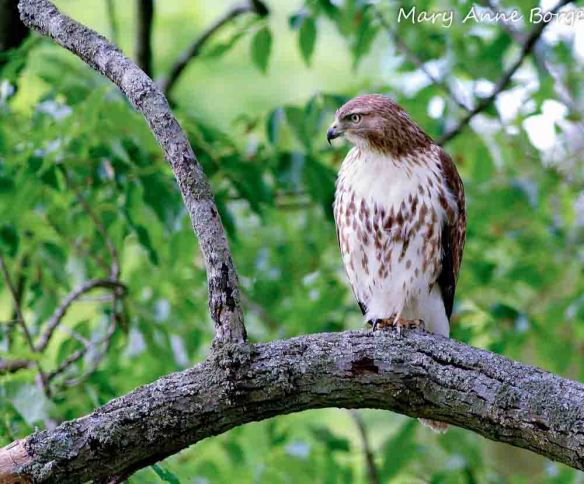 … or a Great Horned Owl. Dead broken trees, called snags, are a favorite nesting place for these large predators.

All of this activity contributes to the breakdown and decomposition of the wood, which provides valuable nutrients to the soil. This makes a new generation of plants possible, keeping the cycle of life going.

Dead wood provides shelter and food for insects and other arthropods, birds, and large and small mammals, including people. With the assistance of all of the inhabitants who avail themselves of these services, dead wood gradually breaks down, enhancing the soil for a new generation of plants.

Dead wood also helps to divert and slow the flow of water in heavy rainstorms, allowing the water to slowly penetrate into the soil where it falls, rather than rapidly running off into creeks, rivers, streams and storm sewer systems, contributing to flash flooding along the way.

So, what do you think, should we ‘get rid of the dead wood’?

16 thoughts on “Life in Dead Wood”