My first encounter with Round-headed Bush Clover (Lespedeza capitata) was in late fall when the warm brown seed heads caught my eye. 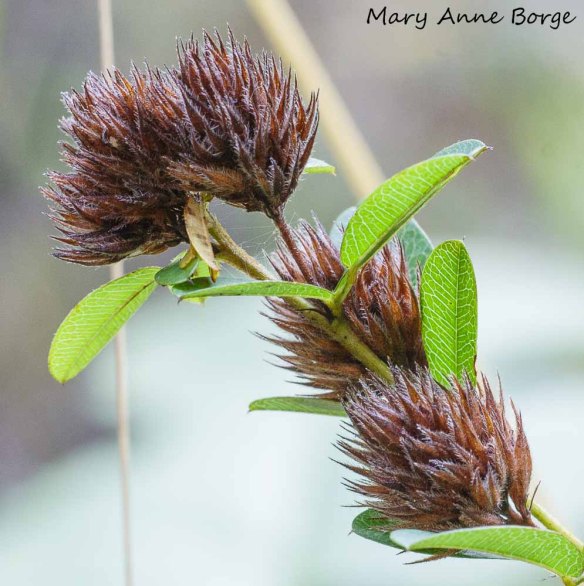 Throughout fall through winter, this plant is at its most dramatic, easily compelling attention away from nearby vegetation.

When in bloom, Round-headed Bush Clover’s appearance is much more subtle, blending in with the grasses, Mountain Mints, asters, goldenrods and other plants that may share its territory.

Round-headed Bush Clover has dense clusters, or heads, of small white flowers.  ‘Capitata’ in the scientific name means ‘growing in a dense head’, reflecting this arrangement.  The upper petal of each flower has a bit of an art deco vibe – they’re smudged with pink at the throat with ray-like veins radiating above.  This display may look delicately pretty to us, but to the many bees that visit the flowers it’s a beacon advertising food availability. 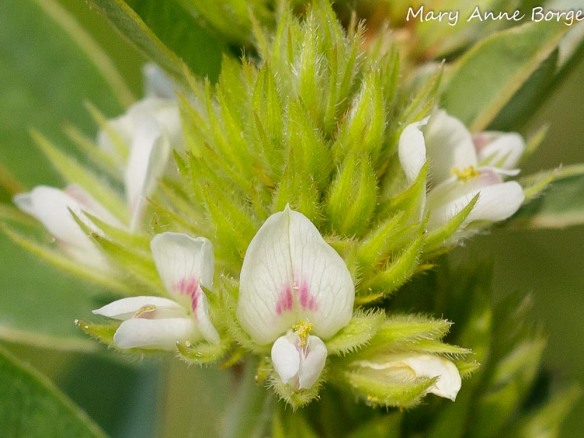 The flower petals are protected by hairy sepals, green when the flowers are in bloom, then turning deep brown for fall and winter.  It’s these brown sepals that provide the eye-catching winter display.   If Round-headed Bush Clover’s strategy for enticing pollinators to visit is successful, dry (not fleshy) fruits will be tucked inside the dried sepals.

Hairs on plants are often an adaptation to protect the plant from being eaten, or too discourage free-loaders from stealing nectar when the flowers are blooming.  For example, ants visit flowers for nectar but rarely help with pollination because they are not a good anatomical match for the flowers’ reproductive structures, nor do the ants have the type of surface to which pollen might adhere.  The hairy sepals surrounding the flowers are likely to discourage ants from foraging the flowers, preserving the nectar for more effective flower visitors. 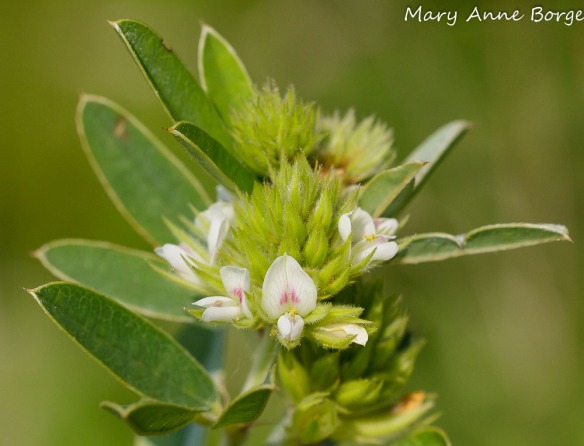 Round-headed Bush Clover has three-part compound leaves, an arrangement that is common with clovers. It grows to a height of two to five feet (.6 – 1.5 meters).  Although the plant is somewhat shrubby-looking, it is herbaceous, that is, its above ground parts die back in the winter, and new shoots emerge from its roots for the next growing season.

In addition to offering food for pollinators, Round-headed Bush Clover is a food plant for the caterpillars of several butterflies, including the Silver-spotted Skipper, 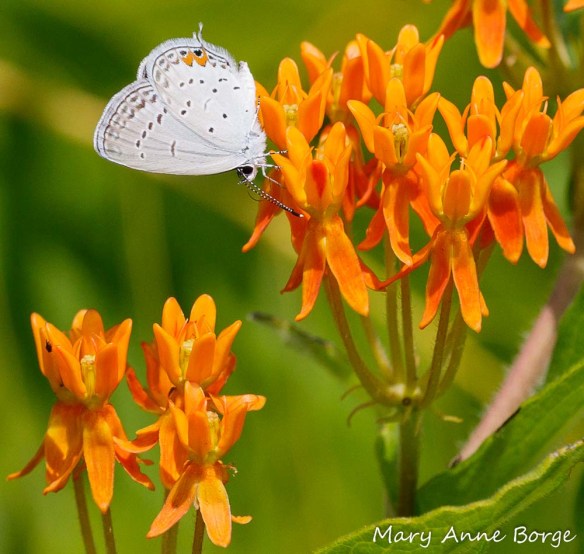 Dark-eyed Juncos, Mourning Doves, Bobwhites and Wild Turkeys are among the birds that may eat the seeds when they are available.

Round-headed Bush Clover is native in most of the eastern two-thirds of the United States, and in Ontario and New Brunswick in Canada.  Searching for it in a meadow near you gives you a reason to go out for a winter walk! 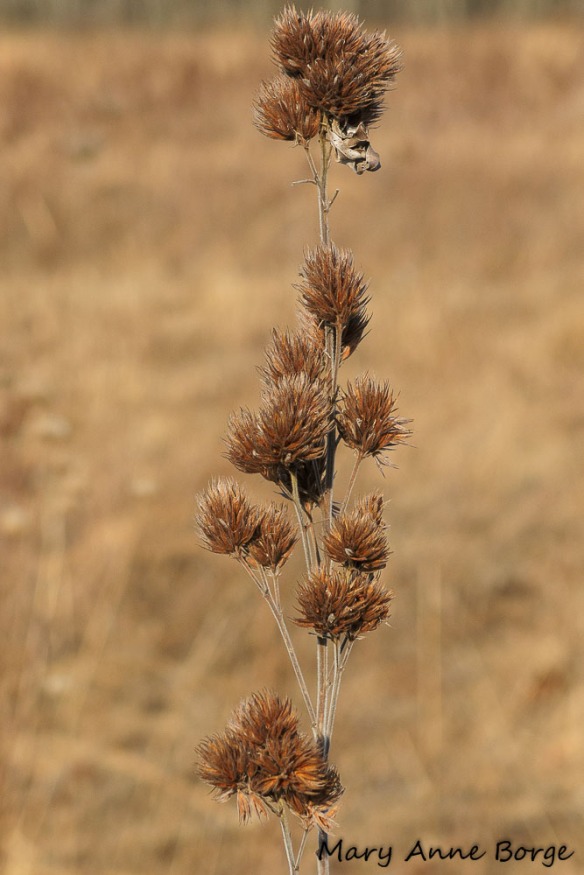 8 thoughts on “A Winter Show-off”